Lizzie Coombs JDPSN received inka from Zen Master Seong Hyang in 2018 at Providence Zen Center, U.S.A. She is co-founder of York Zen Group with her husband Roger Keyes, where she is Guiding Teacher, and also Guiding Teacher of The Peak Zen Group in the U.K.  She began practicing with the Kwan Um School of Zen in 1989 and did most of her training at Providence Zen Center, Rhode Island, U.S.A.
She grew up mostly in England but lived in the United States for 35 years.  Whilst in the United States she worked professionally as a conservator of art on paper, retiring when she returned to England with Roger in 2010. 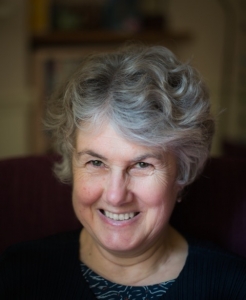