Barbara Pardo JDPSN received inka from Zen Master Bon Shim in 2019. Barbara’s father, Fernando, was one of Zen Master Seung Sahn’s first students in Spain, and has been the abbot of Bori Sa Temple in Barcelona since the 1980s. Her mother, Rosanna, also was a strong practitioner. Barbara started practicing soon after meeting Zen Master Bon Shim in 1994, sitting many Yong Maeng Jong Jin and Kyol Che retreats since then, and serving in many roles in the Bori Sa sangha in various locations in Catalonia. In 2008 she reestablished a permanent home for the sangha in Barcelona. Later, in 2012, she and her husband, Tonda, moved to the Pyrenees mountains to help establish Borisa Retreat Center. Barbara is a graphic designer who works for the publishing company La Liebre de Marzo, which has published many Buddhist books, including the Spanish edition of Zen Master Seung Sahn’s Dropping Ashes on the Buddha, titled Tirando Cenizas sobre el Buda. 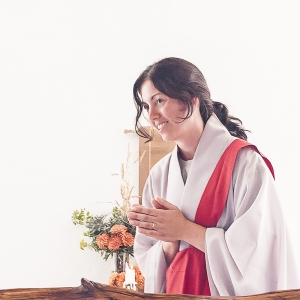