Igor Piniński JDPSN graduated in acting from a famous Łódź film school. Right now he is working in his own film studio in Łódź, focusing on educational films. He lives with his wife in the countryside near Łódź.

He was the abbot of the Łódź Zen Center for 14 years and is a member of the Polish Zen Kwan Um Sangha Council. He started practicing in Łódź Zen Center in 1995 and has participated in over 120 YMJJs in Łódź led by Kwan Um School of Zen teachers, and also every year in the Kyol Che at Wu Bong Sah.

On March 9 2013, Igor Piniński received Inka from Zen Master Bon Shim in Wu Bong Sah Temple in Poland.  This means he is a qualified Zen teacher in the tradition of the Kwan Um School of Zen, which includes Kong An teaching and leading Zen retreats and ceremonies. 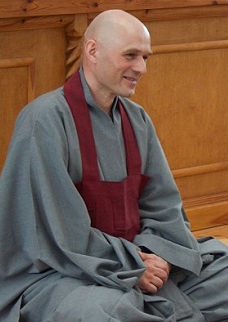