Knud Rosenmayr JDPSN started practicing in 1995 after meeting Zen Master Seung Sahn in Korea. After finishing his studies at the university in Vienna he started to work at a language school and got married in Nepal in 2008.

Since 1999 he is the group director of the Viennese Kwan Um Zen group and became the abbot of the Vienna Zen Center in 2013. In March 2016 he received Inka from Zen Master Ji Kwang in Wu Bong Sa, Poland. 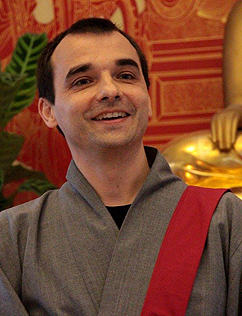