Myong Hae Sunim JDPS was the first Buddhist nun in Lithuania. After becoming a nun in Korea in 1997, she moved to Hong Kong and was trained by Zen Master Dae Kwan. In 2016, she received “inka”, or permission to teach, and became a “Ji Do Poep Sa Nim” in the International Kwan Um School and the second guiding teacher of Su Bong Zen Monastery. After becoming a teacher, she led retreats and spread the Dharma in Hong Kong, Lithuania, other parts of Europe and the United States.

Myong Hae Sunim JDPS passed away in a car accident in Lithuania on August 2, 2020. 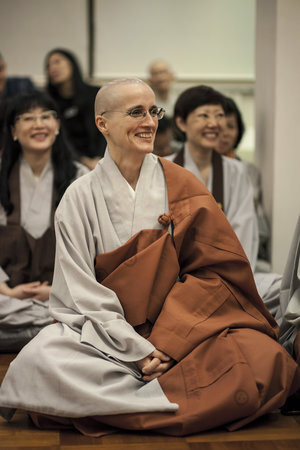