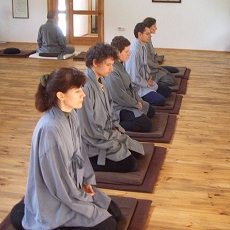 The Summer Retreat Program of the Kwan Um School of Zen Europe has been announced.  The SRP is a set of end-to-end continuous retreats taking place in seven different European countries between 27th May 2016 and ending with the European Sangha Weekend 1/2 September, after a three-week Kyol Che at Wu Bong Sa, Poland.  Each retreat last at least a week (retreats in England, Czech Republic and Lithuania last two weeks, the Kyol Che in Poland for three weeks) and no other long retreats take place at the same time.

Want to join the discussion?
Feel free to contribute!

This site uses Akismet to reduce spam. Learn how your comment data is processed.

Residence Opportunities: Warsaw
This website uses cookies to improve your experience. We'll assume you're ok with this, but you can opt-out if you wish.Accept Read More
X
Scroll to top